The solar luminosity of Neroli d’Ispahan by Boucheron 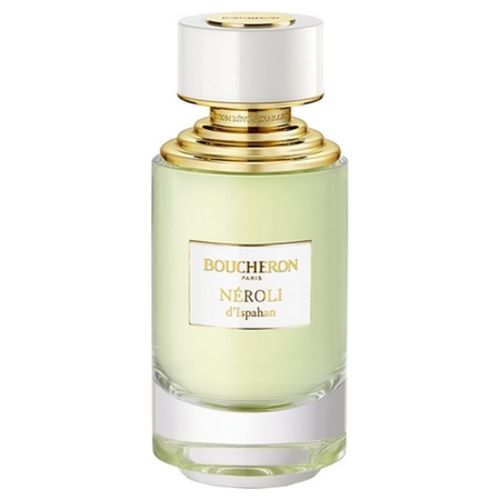 Boucheron is one of the most famous jewelers in Place Vendôme. Its history began at the beginning of the 20th century as a jeweler. However, after years spent sublimating the necks of the greatest celebrities on the planet with priceless adornments, Boucheron decided to embark on the world of perfumery. Nevertheless, the brand has always tried to maintain a link between these two sectors of activity. So, as if to pay tribute to the lands visited to find the most beautiful stones, Boucheron has just developed a new collection of perfumes. It is therefore precisely in this that the Néroli d’Ispahan fragrance fits.

Boucheron has always been very inspired by the eastern part of our globe. Thus, the creators of the sign have traveled many times to the province of Isfahan to collect the most beautiful stones. This Iranian city, capital of the Persian Empire from the 6th to the 18th century, is drowned in greenery. Thus, its vegetal character contrasts with the desert expanses that surround it. From then on, Boucheron chose to be inspired by it to make its brand new perfume. Neroli d’Ispahan is a particularly sunny juice, a real call to travel.

Neroli d’Ispahan is a perfume made by perfumer Fabrice Pellegrin. This one takes off on a very lively and energizing blend of elemi, cardamom and ginger. Thus, it releases a somewhat spicy freshness before moving towards a more solar heart. The latter seems to come directly from the orange blossom. He uses this ingredient to illuminate the whole of its composition while associating it with the impertinence of pink pepper. Neroli of Isfahan then rests on a more sensual base. This one draws its carnal aspect from the animality of musk. Ambroxan, meanwhile, makes this composition smoother. Finally, it is structured by the elegance of patchouli. Everything is presented to us in a bottle similar to the entire collection. Cylindrical in shape,