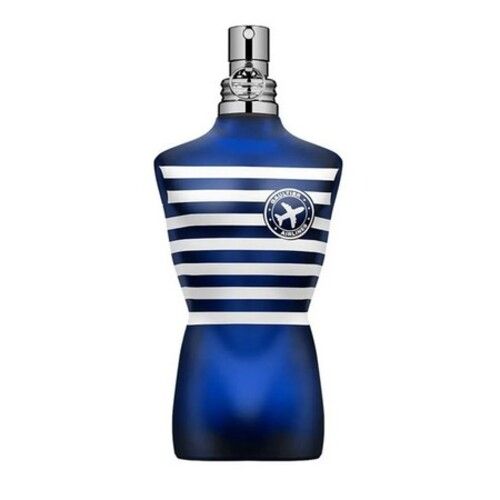 Initially created in 1995, the masculine perfume Le Mâle by Jean-Paul Gaultier never ceases to be talked about. To this day, and 25 years after its release, it remains one of the best-selling men’s essences on the planet. To perpetuate the legend, Jean-Paul Gaultier does not hesitate to surf on his success and reinvent his star perfume year after year, in various limited editions. However, the year 2020 is no exception to tradition… This time, Le Mâle is aimed more specifically at all travelers, who do not hesitate to travel the world by plane, from airport to airport. Focus on Le Mâle Eau de Toilette Airlines.

On the strength of its notoriety, the Le Mâle perfume by Jean-Paul Gaultier is marketed all over the world. However, with him, the creator decides this time to address men from all countries, not hesitating to travel the planet from plane to plane. The 2020 edition of Le Mâle Eau de Toilette Airlines is exclusively dedicated to Duty Free stores. In other words, to get it, you will necessarily have to fly! Moreover, this is also noticeable on the visual of its bottle. Its bottle remains unchanged and still preserves its former male bust shape. The striped sweater, meanwhile, is still present. On the other hand, this time she wears an airplane as a badge, directly drawn on her chest. The turquoise blue of Jean-Paul Gaultier’s first Male, meanwhile, has given way to a more sustained blue, that one would believe directly borrowed from the company Air France. Finally, exit the traditional tin can containing this perfume… This time, Le Mâle Eau de Toilette Airlines is presented to us in a rectangular box, decorated with a particularly sexy stewardess, and holding in her hands a small airplane of paper. Everything is also very Frenchy, evolving in blue, white and red hues.

On the scent side, Le Mâle Eau de Toilette Airlines owes its existence to perfumer Francis Kurkdjian. Here, it is a perfume that does not lack temperament. Its composition is particularly rich and gives off multiple reliefs. It all starts with a fresh burst of bergamot and mint, enriched with mugwort and lavender, for a more aromatic finish. Cardamom, for its part, amplifies the incisive and refreshing side of this fragrance. Then, orange blossom illuminates the heart of this perfume, while enriching itself with spices, especially cinnamon. At its base, Le Mâle Eau de Toilette Airlinesbecomes more masculine. Sandalwood, tonka bean, amber and cedar give it a drier and more robust character. Vanilla, in turn, plays in the register of seduction and lets float behind it an infinitely sweet trail.