Coco Noir, the oriental and modern aspect of Chanel 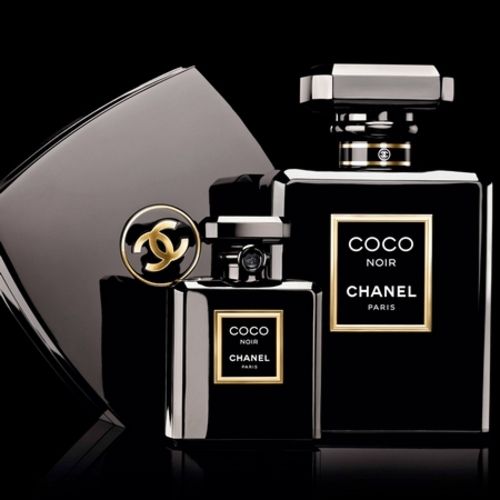 Coco Noir is a confusing scent. On the one hand, it surprises us with its allure. Indeed, it is entirely lacquered in black and, as Gabrielle Chanel says so well, “Before me, no one would have dared to dress in black. However, this dark side is added to a much more luxurious side. It is indeed coupled with a golden color which enhances its prestige. With this essence, Chanel has decided to speak of the Orient and to associate it with a touch of modernity. Also, in terms of its scents, it is halfway between the famous Coco Mademoiselle and the Coco of 1984.

Coco Noir, a trip to Venice

Coco Noir is a perfume with oriental scents. Also, it is inspired by the city of love par excellence: Venice. Indeed, it is on in city built with the same water of Gabrielle Chanel had come to mourn the loss of the love of her life, Boy Capel. However, in creating this perfume, it is as if she had reclaimed a painful memory and transformed it into a promise of better days. With this essence, she confronts her taste for soberness with the crash of color and gold. His very refined style is associated with the more baroque origins of this city dear to his heart. Coco Noir lets glimpse the seductive aspect of Venetian nights, those of a city halfway between international influence and the mystery it inspires. This dazzling black bottle seems to contain all the refinement of Byzantine art. It goes against the dictates of fashion and society, often too bland. Coco Noir asserts itself and chooses above all the intensity and authenticity of the emotions. He opts for a straightforward sensuality, far from vulgarity but very close to lust.

Coco Noir is the third part of an olfactory saga started by Coco in 1984 and followed in 2001 by Coco Mademoiselle. As for it, it was born in 2012. Also, it is an essence paying homage to its two elders. It borrows the spices from the first and jasmine from the second. In addition, it brings its personal touch via a more musky wood background. Coco Noir is a paradoxical fragrance that manages to create an unparalleled radiance through dark notes. Its character is well marked and is notably found in the presence of sandalwood from New Caledonia, patchouli from Indonesia, vetiver, incense and cedarwood. The tonka bean from South America gives it more depth while the vanilla and white musks finish establishing its femininity. Its wake is dark while remaining lively. It mixes grapefruit with Calabrian bergamot and spices it up with pink berries. Finally, Coco Noir draws its elegance from jasmine, the rose and the narcissus. Finally, it all ends with a very special sensation of seduction brought by the pink geranium, cultivated in Grasse and enhanced with a minty touch.

Chanel's New Ombre and Contour Pen Chanel Ombre and Contour Pen, three ways to wear makeup! Make-up has evolved a lot over the past few decades. Thus, the products have multiplied and there are now a multitude of different items to sublimate your look. Liner, kohl,… Chanel - Coco Eau de Parfum Chanel - Coco Eau de Parfum Coco, an olfactory interpretation and a tribute to the world of Mademoiselle Chanel Coco was released in 1984 , the year Karl Lagerfeld took the reins of the couture section at Chanel. It was… The top 5 oriental fragrances for men Oriental fragrances are the second most important olfactory family in feminine perfumery, just after florals. However, they gradually gained men's perfumery . Oriental compositions most often contain balms, spices, patchouli, vanilla and cistus labdanum. These are powerful scents that clearly… Chanel - Allure Homme Eau de Toilette Chanel - Allure Homme Eau de Toilette A composition of four olfactory movements (Fresh, Woody, Spicy, Sensual) balanced and harmonious. Allure Man Buy Chanel Allure Homme perfume on Fragrenza Perfumes: the online perfume store . Freshness and extreme hold, a… Chanel - Blue Rhythm Blue Rhythm Makeup Collection Discover the new Blue Rhythm makeup collection from Chanel for intense blue makeup all the way to the fingertips, create five looks with variations of blue for a chromatic look and vibrant nails of colors. Chanel…