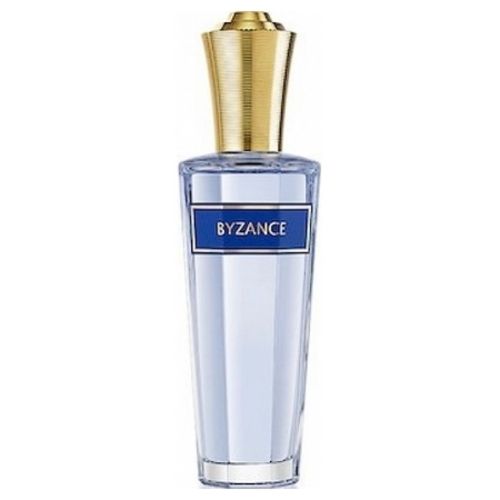 Perfume is an artistic field with multiple functions on a daily basis. If this serves to perfect an outfit, it also allows you to travel without ever leaving your familiar environment. Moreover, it is indeed in the four corners of the world that perfumers go to seek the best raw materials offered by nature. Also, as if to pay homage to this distant horizon, Rochas one day created the perfume Byzance. It made its appearance in 1987 before dying out in 2010. Nevertheless, fans of this fragrance can rest assured, exactly 30 years after its creation, Byzantium has decided to make its comeback …

Byzantium, an elaboration with four hands

In order to make this first juice, the Rochas house called on two talented perfumers. In addition, we owe the existence of this perfume to Alberto Morillas and Nicolas Mamounas. Their name is bound to be familiar to you, and for good reason… They are among the most renowned perfumers on the planet. However, Alberto Morillas is self-taught, something quite rare in the profession. He has an extraordinary career and is renowned for his overflowing imagination associated with great sensitivity. Born in Seville, he has been fascinated by art from an early age. Today, this one is the father of an infinity of bestsellers. Likewise, he won the coveted François Coty award for best perfumer in 2003. Alberto Morillas impresses and never ceases to embellish the perfume department with his “harmonies of agreements” and “harmonies of the senses”. Nicolas Mamounas, meanwhile, was the official perfumer of Rochas for 17 years. Moreover, it is to him that we owe the famous Eau de Rochas. If this made the Rochas perfumery grow considerably, it left the brand in 1987 and Byzantium was as such its very last perfume, quite a symbol!

The reissue of Byzantium

After having disappeared from our shelves for several years, Byzantium is currently making a comeback. This once again plunges us into the special atmosphere of a former empire. Byzantium is unmistakably the scent of a bewitching and provocative woman. Like his provenance, he portrays us the portrait of a typically Mediterranean woman, with a strong character. It is like a real trip and alone brings together an infinity of sun-drenched ingredients. Thus, it opens with a mixture of citrus before softening with lily of the valley. Its heart, meanwhile, revolves around Turkish rose, tuberose and jasmine. Finally, it ends with an immense flow of sensuality, combining amber, musk and patchouli. The vanilla also comes to make the whole more syrupy while the iris sublimates its elegance and the sandalwood coats it all. On the other hand, let us note that the round Byzantine bottle of yesteryear has given way to a more elongated format. Blue in color, it displays a silhouette similar to that of the Madame Rochas perfume from 1960.

“Byzantium”: this name alone is enough to make our senses travel. Indeed, it evokes both pleasure and opulence. It plunges us into a world of mystery halfway between East and West. This sensation is then confirmed at the sight of its sumptuous bottle. Byzantium has become over the years an emblematic perfume of the Rochas house. It delivers a chypre scent that does not lack character and immediately inspires a desire to escape.

The Mediterranean smell of Byzantium

Byzantium gives off a particularly marked odor. This one draws its source from a Mediterranean garden. Indeed, all the ingredients that make up this perfume are full of sunshine. The start of Byzantium is very invigorating. We find in particular the presence of citrus fruits such as tangerine, citron or cardamom. However, the lily of the valley is also present and comes to soften the whole. He manages to make the flight of Byzantium much lighter. Then, everything evolves in this direction. The heart of Byzantium is a true floral bouquet. It combines ingredients synonymous with femininity such as jasmine, Turkish rose or tuberose. Finally, the background of Byzantium asserts its character. It combines amber, musk and patchouli. However, it does not lose its share of femininity and emphasizes it by adding iris to it. Likewise, the vanilla brings a little warmth and the sandalwood brings its more enveloping side. The smell of Byzantium is known to be particularly stubborn. After all,Marcel Rochas said : “We must breathe a woman before even seeing her …”. With Byzantium, this is precisely what it is about. It does not lack character and seems designed for women who assert themselves and who are not afraid to display a touch of impertinence.

The captivating bottle imagined by the Rochas house

Byzantium is contained in a bottle just as captivating as its scent. This one is crafted in polished and tinted glass in a captivating midnight blue color. This then refers to a very specific place. Indeed, the perfumer Nicolas Mamounas had the idea of ​​creating the Byzantium perfume while he was visiting Ravenna, and more precisely in the heart of the San Vitale basilica. There, he was truly captivated by the beauty of the mosaics covering the ceiling of this holy place. These last make the fame of the city and the blue night is the dominant color there. Likewise, like many churches in Italy, the Basilica of San Vitale contains gold on all sides. This is why this prestigious element is also included on the Byzance bottle. Indeed, the name of the essence is repeated three times in its center and is adorned with a golden hue particularly evocative of the luxury of the Rochas house. Finally, the height of refinement and small detail that is important: a pinkish red thread is affixed to the neck of the bottle and further enhances the femininity of the whole.